The End of Days

Today saw the end of the war. Julia fought many battles and has won many of them. In the end, superior forces sneaked in and defeated her. She left our presence but never our hearts at 4.10 am today, Saturday 30th March 2013.

Like me and our daughter, Julia was often overwhelmed by the support of so many people she didn’t know but often wanted to. She had great faith in people and declared herself a humanist whenever anyone asked. I always shared the best wishes of everyone who responded to a blog and sometimes we were able to share a laugh and a joke over them. One thing is sure and it’s that Julia was always grateful for the time people took to respond to something  written about her, even if I’d managed to be rude. She never considered herself important enough to be the subject of a blog, but I guess I owed her that much after the portrayal of her in my  books. I did wear the trousers in the house and had her permission to say so. In fact she certainly was important, not just to family and friends but to all those whose causes she undertook and by all those she raised money for, though I  never got as much as I deserved I thought.

When Julia passed away , the hospice ( the FANTASTIC St.Kentigern’s) had allowed Yvonne, Ugo and my nieces Karen and Joanne as well as myself,to remain by her side, sleeping in the lounge for hours at a time and supplying us with drinks. I want to thank the family for their strength and support and love as well as thanks to the staff from all of us for their patience and kindness. Their care of Julia was unbeatable. When we are able to hold a funeral In would ask for donations either to Cancer Research or to St. Kentigern’s to allow them to carry on doing such a brilliant job. 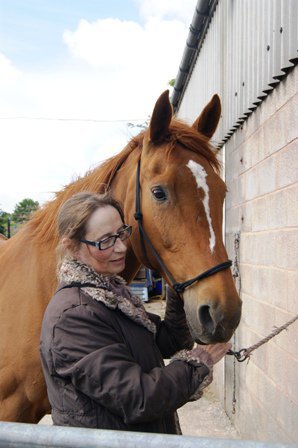