Welcome to an Interview with The Phoenix

Today we have an interview with a Great Couple. But instead of a series of Questions, I’ll let them do all the work…..Take it away THE PHOENIX…..

Hello. We are Lee and Gary Jordan and we are THE PHOENIX. 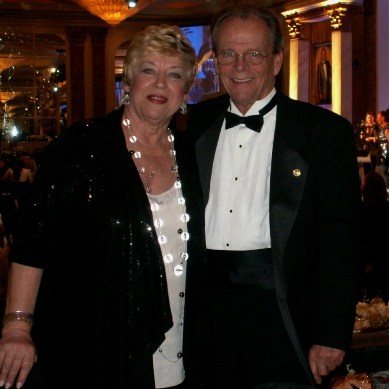 We are passionate readers, reading many different genres. As a writer team, we don’t intend to go with custom and stick to one genre. We have several novels in the works.
We enjoy getting to know readers and other authors via the Internet, love movies, and sitting outside to soak up the Southern California sun. We live in Hollywood with our crabby tomcat, Snickers.
Lee wrote A Whisper from Eden. She loves researching and is never content with the way things are explained and likes look into the nooks and crannies and wonder, what if?
Gary is a third generation Californian, born and raised in Anaheim. He has always had an insatiable curiosity about everything. He was involved with telecommunications for many years and now has his own business. He has always been a happy, laid back person. But now he has something to be very intense about.
Lee invited him to help her with a paranormal thriller she had in mind, and once he sat down at the computer and started, his life transformed. He found his real passion – writing fiction. He has never been so excited to do something in his entire life.
Both of us feel it is never too late to change the direction of your life.

From Gary to Lee: Well, we are a great team. I love all those brainstorming sessions. Amazing! I want to thank you for being my lover, my confidant, my best friend, and for your dedication to the craft of writing. You are so much fun and so sweet – most of the time.
It’s just, I wish you weren’t such a crab sometimes. Let’s be honest – you nag.

From Lee to Gary: I want to thank you for being your loving, honest, ethical, and wonderful self. And I want to thank you for being my one true soul mate and for sharing with me your wonderful talent. It is truly a joyful experience co-writing with you.
I’ll tell you what makes me crabby. You have been so caught up in writing our current new novel, you keep forgetting to eat or sleep. Well, okay. I know. Writing this novel is so exciting, and I’ve been doing the same thing. I know, I know. Right now it’s 5:00 a.m. Okay, I know I haven’t eaten since yesterday at lunch.
Oh well, to hell with it.
We hope you enjoy Leon’s Lair.
Lee and Gary Jordan, THE PHOENIX

LEON’S LAIR, an international thriller/urban fantasy, will be launched on September 11. It is a nail-biting ride that is grisly but somewhat tongue-in-cheek, a brutal tale of horror and the occult that doesn’t take itself too seriously.

It includes romance, continental adventure, action, suspense, and dozens of vivid characters from around the world.

The Jakarta is an elegant cruise ship sailing the exotic seas in Indonesia with a passenger list of ninety, unsuspecting people. Jane and her best friend, Remy, are just getting know the rest of the small group of young twenty-somethings when the ship is attacked by pirates.

However, Leon and his band are not your usual pirates – they want something else besides the usual booty – they are taking female hostages to feed on. They are vicious vampires.

Jane and two male companions escape the horror, fleeing in a lifeboat. In their flight to escape Leon and his men, they become lost at sea for weeks, are out of water, and have nearly lost hope of ever finding rescue when they finally catch sight of land, a dangerous rain-forested island that seems deserted. However, their fight for survival has only just begun.

They are not alone.
Fate is cruel because this island is Leon’s Lair.

With the Jakarta incident, Leon and his crime ring have made the mistake of attracting too much attention to their many worldwide sins. The press is going crazy over the news that vampires actually exist. That amazing news hits the media like a tsunami.

The survivors of The Jakarta, Jane, Peter, and ten women, are caught in the middle of the paparazzi storm. They are being hunted by not only the press, but by Leon. He demands revenge for trying to kill him. And he wants Jane.

Some people are fascinated and find the odyssey entertaining. Magazines and the Internet are vampire-viral. Vampires and pirates are hot Twitter and blog posts. T-shirts emblazoned “Vampire’s Need Love, Too” are a #1 seller.

However, the majority of people around the world are terrified. Police forces and the media are digging up old cases – brutal, grisly unsolved murders of women – and blaming them on vampires. Thousands of old cases are brought to light from around the world. People are going crazy, bringing back all the ancient vampire myths and methods of protecting themselves. Mobs are killing suspected vampires. Not only that, witches are now also being hunted. Worldwide persecution has started a new Dark Age.

The media frenzy and public terror is endangering a secret, sophisticated, and very organized group of paranormal creatures who have stayed hidden for hundreds of years. Their leader, Wolfgang Ulrich, a talented and powerful wizard, must find and exterminate Leon’s group to end the risk of being discovered.

Leon is on the hunt. However, he doesn’t know he is also being hunted – by creatures who have powers as terrifying as his.

Only the most powerful will win. Will it be a new Dark Ages or a cleansed earth?

A WHISPER FROM EDEN, A HISTORIAL FANTASY:
The year is 1827. Sixteen year-old Clayton Pinckney is an aspiring writer enamored with the Indians, much to his wealthy father’s distress. He wants to change white prejudice, but he needs interesting material. A fight with his father is all that he needs to prompt him to run away from his home in South Carolina in search a fabled tribe called the Mandan.
When he finds their villages, they are perched high upon a lofty cliffs lording over the turbulent waters of the Missouri River in what is now North Dakota, perched like walled fortresses and ruling kings from medieval times.
He finds that the rich and powerful Mandan believe in magic powers, taught to them by one of The People from Above from ancient times past, the great god Lone Man. The Mandan were Lone Man’s chosen ones.
Naive Clayton becomes thrilled with this unique tribe, their elaborate culture, and their amazing appearance – many have blond hair and others have white hair. They are like nothing he has ever seen or even imagined. At first, he is completely enamored with what looks to him like a utopian society and becomes very involved with the flamboyant Chief Rained for Many Days and falls hopelessly in love with the chief’s magical, young daughter, the exotic and, at times, very frightening, Crying Wind.
However, as he learns more about the Mandan, he finds he has a big problem – much of what he has seen is too unbelievable to write about. Who would believe him?
This is a 19th century saga of spiritual awakening and the fulfillment of an ancient promise, a unique take on real events, with magic, the supernatural, and . . . the promised return of the great god Lone Man.

Many Thanks Lee and Gary. We wish you the Best of Luck.

2 responses to “Welcome to an Interview with The Phoenix”