Tears on my Pillow

I read until almost 12.30 a last night.  One last nip to the loo and as I came back I kicked the box adjoining the cables to laptop from electric charge. It was full on my big toe on the left foot which as you know looks like a war zone. I flopped down on the bed and buried my face in the pillow I’m not sure whether they were tears of pain or frustration that were drawn for a minute. Once the throbbing stopped I fell asleep. I woke at a much kinder 4.15 am than usual. Somnos is giving me a period of grace it seems but the time is still not good enough to say ‘don’t hurry’.                                                                                  After my meds and my breakfast I worked with my coffee until 7.31 am when there was a slight lull in proceedings. It felt cheeky given how late I’d woken but I still went through to my chair in the lounge. I recycled 40 Z’s but it only took me to 7.50 a.m. I decided I might as well do something useful and sorted my Christmas cards ready to write. About an hour later I returned to work proper. The postie brought me just one parcel today. Tomorrow will be good as I’m expecting some for Mike as well I think. I waited for the nurse but it looked as though they were going to be late again. Maybe I’d have chance to eat my dinner but no, a ring of the bell and two arrived. One I’ve seen before and she’s nice but the other one was quite vicious. Guess which one was doing my feet. A constant sound of sharp intakes of breath and feet jerked followed by an apology followed by repeat above. Some skin may well have been ready to come off but it wasn’t being asked  politely it was being ripped off. The number of times I said ouch she must have thought it a foreign language for carry on I’m enjoying this. I was not.She decided to dress the legs in just loose stockinette for some reason which left my toes open.                  They left at 12.14 pm just as Bargain Hunt started and I had to rush and make my lunch before they got too far. I had a message to say ‘Thank You’ from a friend whose blog often provided me with my hilarity for the day. He’s a funny man and certainly has no need to thank me. https://youvebeenhooked.wordpress.com/. I worked till 3.00 pm then had a little skive till 3.45 pm then at 4.0 pm I gave up work till 9.00 pm and came back and paid the price. At the end of the night a read until 12.30 am. Sleep came easily. 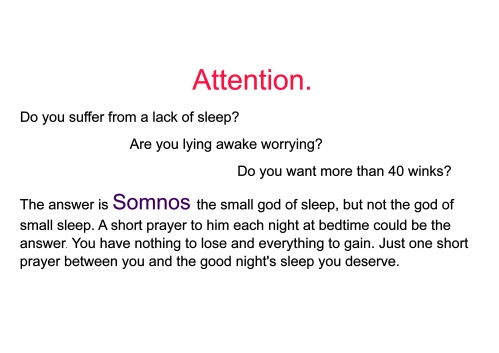 I tuned my light off at midnight and threw myself around a couple of times to find the best position for comfort. I was soon away in the land of Nod. It was 3.35 am before I woke which was great. I went through to the kitchen, took my meds then started filling the trays for the next week. I had pills rolling everywhere as my hands shook and I dropped them, the job seemed to take forever. That done (finally) I had some Weetabix for breakfast (one job even I couldn’t mess up)(OMG if you could only see my two fingered typing this morning, the spelling is atrocious ). I took the last two diabetic tablets and went to make my coffee……or so I hoped. It was a red light job meaning twenty minutes spent on cleaning the machine with a descaling tablet. Only it wouldn’t start. AAaaaargghh, I ended up turning it off then on again only to find it wasn’t requesting a clean now so I re-inserted my coffee pod and started again. I was half an hour sitting at my desk before I realised I hadn’t even drunk it. Duh!                                  The Nurse visited at 11.30 am today. I was just in the process of stripping my leg (tastefully of course) when the front door went. It was the chemist with a new course of treatment. I have to slap it on, cover my leg with clingfilm, bake for half an hour then remove the clingfilm and throw it away. No-one has yet told me what I’m to do with the legs. I carried on back to the nurse who knew nada. She dressed both legs but without the iodine today as she said it’s all dry, Perhaps on Monday I won’t need dressings and can even fit a shoe on again.                                                                                                                Mike arrived early afternoon sarcasm dripping from his chin, no change there then except I had to get him a tissue. I tried to keep abreast of the work during the afternoon until I quit at my usual 4.30 pm. We had a good evening which included a hair wash and a flannel bath for the rest of me at the sink. Even the mirror blushed.

I was up at 1.28 am after hearing a noise. After stumbling about for a few minutes trying to decide which towel to wear for secrecy I found my way back to bed where I decided I needed more sleep. I got some until 3.20 am when I was less confused. I did a walk round to gather paper for the recycling then had my normal meds. I got the diabetic meds together  with some milk and had my breakfast. I made a coffee and brought it back here to work at 3.55 am. At 6.00 am I made Mike’s coffee but thought I’d gone deaf until I realised the beggar hadn’t set his alarm. That meant it was my job. We had a good morning’s shopping when we went out at 7.00 am but I’m still no nearer getting more Christmas prezzies. The weather was so foul today with rain throughout the night then snow about 5.30 am followed by rain all day, so we decided to come home after lunch. There was a message to go to the hospital at 2.00 pm tomorrow, so much for a free weekend. I caught up on my mail during the afternoon and my sleep during the evening. no wonder he’s complaining about my company. Restart work at 9.00 pm to 11.30 pm. 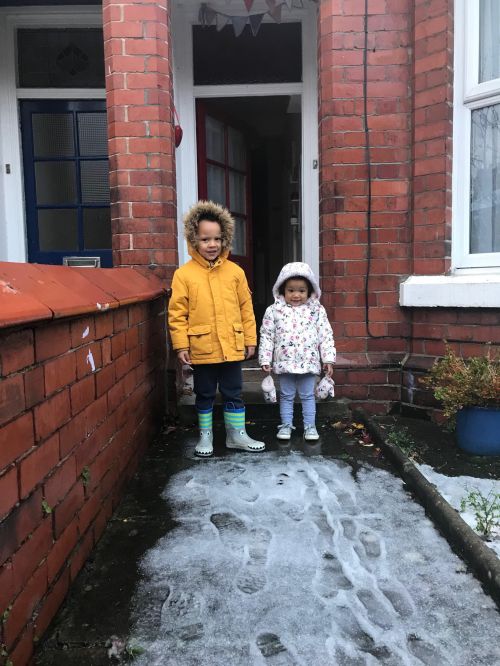 Light out at midnight. Not a very long read but enough.I was drained from the pain in my right foot. I’m sure I got up once in the night and maybe had a conversation with a female. I definitely got up at 3.41 am and somebody had moved some of the rooms about. Then no they hadn’t, I was just confused. I put the light on in Mike’s room to see if anyone was there and there was, but luckily for me he didn’t wake. I went to the kitchen for my meds and some breakfast but found I had put the toast on first so had to hurry with my meds. Then my toast came out like French toast, with just one side browned and I had to work out which way to put them back in to brown the other side. A freakin’ disaster of a morning. Things can only get better………..                                                                 I caught up with my mail and remembered to drink my coffee. I did a couple of searches and I also had a rummage in Ebay for my still difficult Christmas prezzies. At 10.00 am I put the kettle on in the hopes Mike would soon be up. He made it by twenty past which wasn’t too bad. We couldn’t think of anything specific we wanted to do in the morning so we left at 11.30 am for Prestatyn and lunch. The beef was to die for. We came straight back to Holywell afterwards rather than go round shops in Prestatyn, it meant we could better gauge the time before leaving for the hospital. I managed to get a toy for my last great nephew, if only his Mum and Dad were as easy to buy for. We were at the hospital just before 2.00 pm and I didn’t have long to wait. I’m wondering if this is the last time I’ll have my legs dressed with the new treatment starting this week. We came home and watched a Christmas film that had us both throwing sarcastic remarks out. Mike left at 5.00 pm to go home while I spent time catching up on my mail.