Welcome to an Interview with… Collette Scott 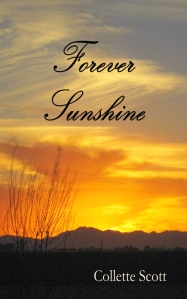 About me: Hmmm, well I am a happy-go-lucky mom of three, lover of animals, avid outdoorswoman, and staunch supporter of the downtrodden. I have been writing as long as I’ve been able to form a sentence, have a crazy imagination, and my friends and family think that I have a touch of schizophrenia because I hear voices in my head. They do turn out to be my characters, who are all relatively harmless, so I believe my friends are safe! I love to write about hope and healing, and all of my stories have that message in there. Though there are some hard-hitting situations, my characters are suvivors.

Cherisse Bridwell was focusing solely on finishing her degree and beginning her career. Everything changes one night when her older sister, Shelly, calls her for help. Shelly is in an abusive marriage and has nowhere else to go. When her husband Joe begins to involve Cher in their domestic problems, Cher finds help in police sergeant, Brandon Nicholson. Brandon helps Shelly escape her marriage, and in the process he and Cher fall in love. While Shelly is regaining her life, Cher begins hers, using the lessons Brandon has taught her to keep moving forward and never give up hope, even when tragedy strikes again. This is Cher’s coming of age story of healing after loss and realizing how strong a woman she truly is.
What made you decide to write this book?
When I first moved to Arizona from Massachusetts, I was taken aback by the different lifestyles and the transient nature of the residents. The Phoenix area was in a wild growth period, and there were people from all over the country relocating. This surge in settlement seemed to bring its fair share of crime, and I was shocked with a story on the news. I had spent nine years in the Emergency Medical Services, and the story hit very close to home considering my past experiences. After watching a highly publicized funeral on the television, the story was born.
Where did the title come from?
Sunshine is Brandon’s pet name for Cherisse. Forever stands for their relationship.
Do you always write in this genre?
I guess I could say all of my novels fall under the ‘chick lit/romance’ genre. They are all love stories, but most of all I like to include a message of hope and strength.
What was your inspiration to write and when did you start?
Oh my, I’ve been hearing voices in my head since I was little! I wrote my first book as an eight-year-old, and I would send them via postal mail to my cousin, Karen. She would send me ideas back, and I’d write her a new story. Back in those days of long ago, pre-Internet and email, these stories would take months and extend for years, but from that age on I knew I wanted to be a writer. I think I inherited the story-telling bug from my maternal grandfather.
What was your destination to publishing? ie are you self published.
I began the road in the late-90s with an agent. Shortly after I moved to Phoenix, his wife developed an illness and he took an extended leave. Since we were settling in a new state, I shelved all projects and only recently pulled them out again. I chose the self-publishing route this time around due to the unpredictable status of traditional book stores and the ease of publishing. I also tend to like to maintain control over my work. I have learned so much by designing and marketing my books. It’s been quite an experience!
Do you have a website to share?
I do! I have a blog: http://collettescott.blogspot.com where I feature authors and some great books. I also have a website, which is dedicated to my work: http://www.collettescott.com.
Any links to the book/books
Amazon.co.uk: http://www.amazon.co.uk/Ms-Collette-Scott/e/B004X5YOJQ/ref=ntt_dp_epwbk_0
Amazon: http://www.amazon.com/Ms-Collette-Scott/e/B004X5YOJQ/ref=ntt_dp_epwbk_0
Smashwords: http://www.smashwords.com/profile/view/ColletteScott
Goodreads: http://www.goodreads.com/author/show/4929698.Collette_Scott
Amazon for the new book June 2012- Eyes on Tango   http://www.amazon.com/Tango-Evans-Family-Three-ebook/dp/B0088TRCXI/ref=la_B004X5YOJQ_1_6?ie=UTF8&qid=1343075989&sr=1-6
Please feel free to share an exerpt.
“So, I see your face has healed.”My stirring stopped abruptly. Placing the stirrer on a napkin next to my cup, I reached up and touched my cheek. My fingers traced the spot that had landed against the coffee table all the way to the back of my head. The bruising had faded under my summer tan, but inside my mouth I could still feel the scar tissue with my tongue.

“Yes. The bruises have faded.” I sighed. The bruises inside were a different story. Raising my gaze, I met his stare evenly. “I can’t thank you enough for helping me out that day. I’m sorry I haven’t had a chance to before now.”

He shrugged his broad shoulders, his battered and worn shirt rising from around his narrow waist. “Not a problem. Just doing my job.”

“I understand,” I murmured.

He smiled. “You look a lot better without the chipmunk cheek. You’re much prettier.”

“Thank you,” I said with a nervous smile.

I nodded in response. He had removed his glasses and the aquamarine of his eyes initially held me captivated but the mention of Shelly brought me back to the present, and I reminded myself to get a grip. He was here, the very man I had wanted to talk to, and I was stuttering like a teenager.

“He won’t let her.” It was more a statement than a question.

I nodded. “Yeah, Joe told her that she couldn’t talk to me anymore, and now she won’t answer my calls. I actually drove out there last week, but Shelly’s car was gone and Joe’s truck was there… I didn’t stop.” I inhaled slowly. “Two days ago I tried to call again, but he’s changed the phone number.”

I nodded in agreement. “So how do you know so much?”

“I see it almost every day. The same people go back and forth over and over again.”

“Why won’t she just leave him? I mean, it’s not like we were beaten as kids. My parents never hit us.”

“Where are they now?”

“In Montana. I called to tell them what happened, but Shelly got to them first and said I overreacted. They won’t come down here because they think that Shelly is perfectly fine.”

His lips thinned. “Sometimes it’s better to let the players work on their own game.”

“How can you say that? She’s my sister. I need to help her.”

“You can’t help someone who doesn’t want to be helped, Cherisse.”

“Believe me, Cherisse, I would if I could. But there are laws to follow, and he’s got to break them first.”

“How? By killing her? I’ve done some research; I’ve seen how badly the system works.”

I saw the emotion flash in his eyes and thought I may have offended him. Yet when he leaned forward, his eyes were urgent. “You have no idea how hard it is to watch the same couples go at it time and again. Do you know how frustrating it is to see a child after he’s watched his father beat his mother? They stare at you with a mixture of relief and disgust. They love the cops to help them but hate them for doing their job and taking their parent away. And then after I arrest the father that same child has to call me back two nights later for the same thing. After he’s been to court… all because she’s too scared of him to leave.”

“Yes,” I hissed. “Just a few weeks ago I had my first experience with that. You and I both know he’s going to hurt her again. What about Jacob? What’s all this going to do to him?”

“He should be in counseling. And if he doesn’t get it, he could end up just like his father.”

“I should go and kill him myself.”

“And end up in jail.” He chuckled. “Remember who you’re talking to here.”

When I looked away, he leaned forward to capture one of my hands in his wide palm. I was again aware of the fluttering in my belly and considered pulling free before I blushed again, but his soft voice stilled me.

“You’re a dangerous young woman, Cherisse, and he sees you as a direct threat. He’s used to Shelly doing everything he wants her to, and then you come along and have him arrested. Abusers want control. They don’t usually hit people other than their wives.”

“I went after him to get him off my sister.”

“And he completely lost it and hurt you. You’re way too feisty to get involved. You’ll be the one to end up hurt.”

“But that’s my problem.”

His eyes smoldered as his lips narrowed to a thin line.

“The very last thing I would ever want to do is find your body one night after another 911 call from your nephew, Cherisse.”

“I don’t want you to either,” I answered softly.

Collette Scott
Collette, I have the pleasure of knowing you’re one of life’s truly nice people, thanks so much for doing this interview. I wish you every success with Forever Sunshine and the important message it imparts about  domestic violence. 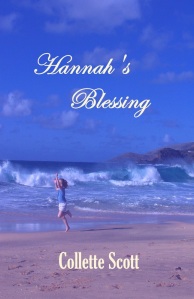 their October appeal. I wish her every success with this cause and with her future career.

20 responses to “Interview with Collette Scott”