Suffering from the Wind & A Mouthful of Tea.

I was back in time to bid on a snowsuit for a baby which I won. I was also in time to put as bid on a Le Creuset casserole dish that I didn’t mind if I won or not. Mainly because I hadn’t 100% convinced myself it was exactly what the person wanted. I won it anyway so that rounded my night off nicely. I changed my  email address with ebay and then remembered to do it with paypal too. 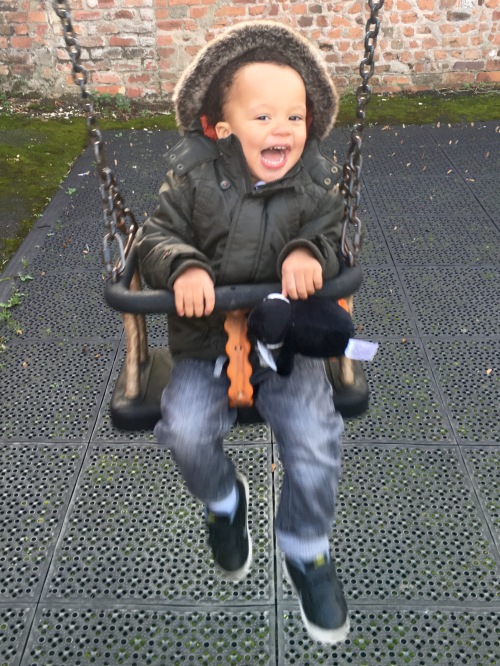 A cough won’t keep me down. 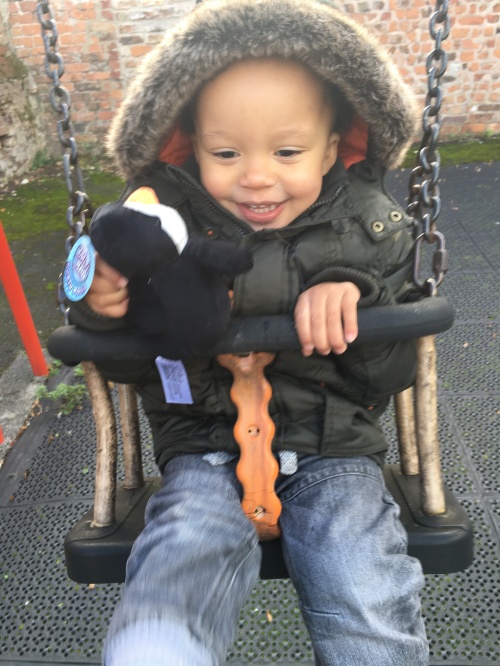 When Mum asked if I wanted a penguin I thought she meant the chocolate biscuit.

Heading back up the street I was thirsty. There was a little cafe with no-one in. I think I know why there was no-one in. I asked for a tea. It was a cup rather than a mug but I could live with that. First two tries though the man held the cup under the machine and pressed a button for water which came from another nozzle  from where the cup was. Third time lucky ( and he was bloody lucky not to have scalded himself) and he got water into the cup. It was a small cup and he only half filled it. He dropped a tea bag in the water, gave it a few stirs with a spoon took the tea bag out which now included some of my water, added milk (without asking) and charged me £1. It was as well I  had some saccharine with me as they had none. There was just about a mouthful in the cup ( now now, no need to be rude to me) which was gone almost as soon as I reached the table. Oh yes, I’m on crutches and carrying two bags but there was no offer to carry my tea over for me. There were some nicely handcrafted things in the shop but I didn’t stop to really look at them as I didn’t feel like buying there again. 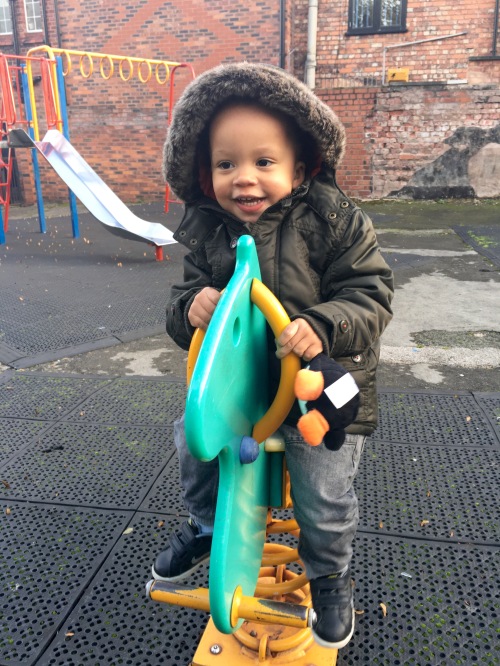 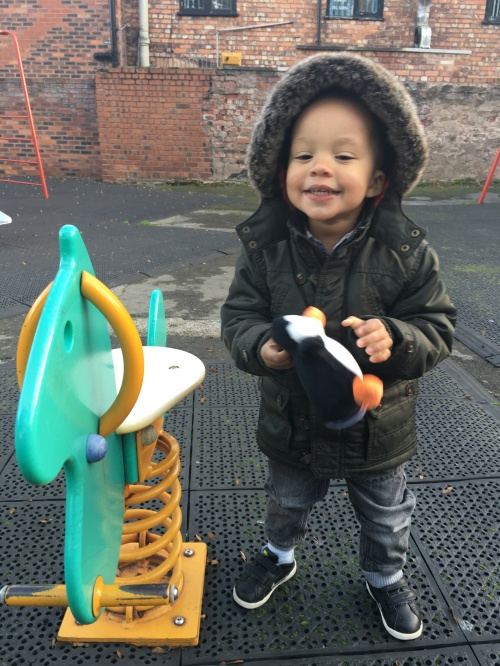 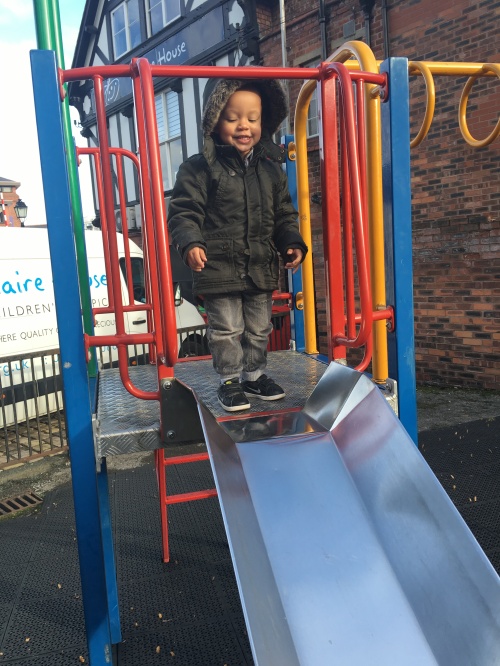 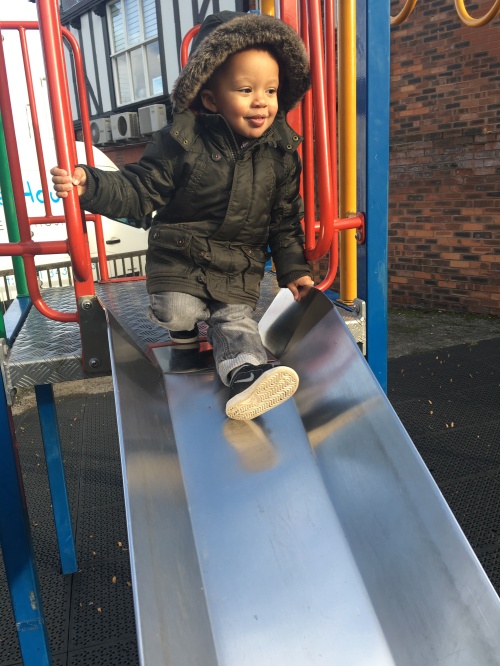 You watching Mum in case I whiz past?

I came back through at 1.00 pm with the intention of staying here until 5.15 pm but was rewarded when my hard work meant an empty box at 4.45 pm instead so I got some Flog It. The only time I made appearance in front of my desk was from 6.00 – 6.30 pm because after that I had an antique show, The Big Bang Theory and The Last Kingdom. Once 10.00 pm and I stopped swinging my seax (no that’s not a dirty word) at the Danes (sorry Birgit, you know I love you) I came back to my room. I didn’t know what time Mike would arrive tonight so there was no point in staying up. I might as well work till he got here which as it happened was 10.30 pm. I made his coffee  and had a quickish chat with him before coming back to finish off the right side of midnight.

Oh, there was one thing I wanted to share with you all tonight… 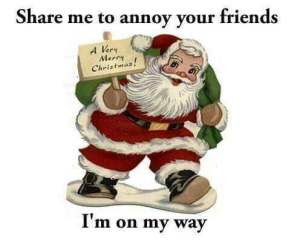 Five weeks tomorrow is Christmas Day !!!! But less than that when you get to read it. he he

Advert. Stuck for gift ideas?  Ebay is full of them. I was looking for a personalised box the other day and came across this gem 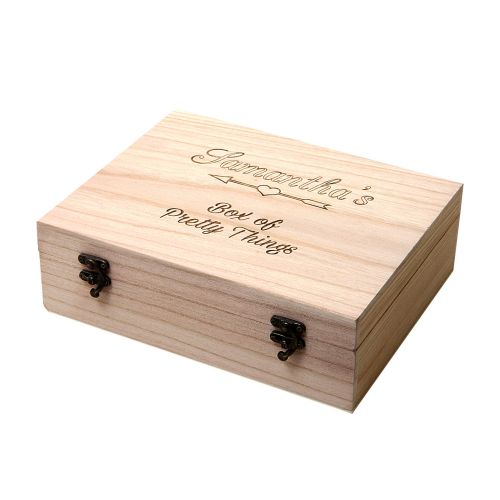 Filled with a variety of teabags or maybe sweets this could be a very special gift. Check the size of the sections first as there are others specifically for teabags.                              P.S. I understand you don’t have to have a friend called Samantha, he he.

Lights out about 12.40 am, I was ready to sleep. Up again at 2.21 am but not ready to wake. I nipped to the loo and saw Mike was still on his tablet. It seems like me he’d been to sleep and the woken. He couldn’t get back to sleep though and was waiting for sleep to come and drop  the tablet from his hangs. After my loo  visit I went back to my room and took up the book again for a short while, about a cigarette’s worth. I turned the light off again and slept. Up again at 3.33 am  but this time I knew I was awake. I went through to check on Mike and at last he’d fallen asleep again. Great, I couldn’t cope with the two of us wandering around and bumping into each other. I may be awake but I’m not sure I’m sociable.

Lights out 12.30 am. Lights on 2.10 am I was having doubts about Somnos’s parentage. After another try I gave up and went to sit in the lounge. I smoked a cigarette for the heat and light as it was freezing last night. I’d have snuggled up to Joey but he was having none of it. I did drop off again and woke at 4.50 am. Now I knew for sure that Somnos worked behind a bar. Saturday, the day I shop early and he allows me to sleep late. I had to have breakfast , take my meds, do all the bins and recycling bags and then try to get Mike up at 6.30 am as well as try to get some mail done. It’s not like the small god doesn’t know that I have a flood of mail at 6.10 am. I don’t know where or when but there will be a reckoning. It’s not even like I’ve refused him any favours recently, mind you, I haven’t done him any either.

We parked up outside Temptations then walked over to Homies and then to B&M (BUM) where we both picked up a couple of things. That went in the car and out came the chocolates for the girls and Kyle. Kyle saw us coming in and mouthed to me  “Usual”, I nodded yes and worked my way to the counter through the puddle of drool Mike was leaving as he spied Sian on the front counter. I paid Kyle, passed over today’s chocolates and picked up the tray of drinks with Mike’s teasted toecake.                                    Once we left there it was the Original Factory Shop next where Mike persuaded me to buy myself some new slippers as it seems my old ones have been disturbing him walking about on their own at night. Mike bought some gloves. Then we went to Poundland for some paintstripper anti-deodorant for Mike. He usually squirts it and applies a naked flame so he can get rid of the five o’clock shadow on his chin and that’s 5.00 am !

We were due to meet up with Yvonne in the afternoon and as yet didn’t know the time so we went home at 11.30 am to unpack the shopping. I had time to hit a bit more mail and at 1.00 pm when we went out I had it just below 100 left. We went to the chip shop in town and as we sat I had a text from Yvonne to say they’d just left Old Colwyn. Fine, allowing them half an hour travel we had time to eat so I texted back, “Meet you outside Homies at 1.40 pm” Mike and I ate and went up to the shop a little early. Note this daughter, UPHILL for two old men gasping for breath, I know this as we were right behind them. I checked my phone which said “Reuben’s gone to sleep, will drive slowly and meet you at 2.00 pm”. With a pair of deep sighs we walked back downhill to go round town . We were just coming out of the pet shop when my phone went again. It was 2.50 pm. “There now, a little early”. I’m bloody positive a feral growl came from my mouth as we walked back up the hill.                                                                 Ugo got Reuben from the car as Yvonne stood there shivering. We ushered her into the shop. It’s a huge shop which is why she wanted to see it. Mike and I bullied Reuben, Yvonne got to look round and Ugo got to nip to the loo nearby.I had Mike’s help to bully Yvonne so that I was able to buy a few things needed for baby to come and managed to fill a basket. I was really pleased. I said she’d pay for that bank transfer !!!!!!

We parted at 3.00 pm and Mike and I came home. I was straight onto the computer until 6.00 pm. Celebrity quiz time followed, Sharpe’s Rifles then Murdoch Mysteries which had quite a heartbreaking ending this time and I greatly appreciated the talent of the acting in those final minutes. After that I was free to return to work to ensure I was post free and blog free before midnight. And I’m going to make it too.

63 responses to “Suffering from the Wind & A Mouthful of Tea.”